"Met with me promptly, indentified issues in the case and went to work. He did what was promised and was excellent communicator." 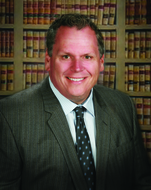 Child Protective Services (CPS) of Wayne County Michigan is a government agency responsible for investigating allegations of child abuse and/or neglect. If you have been contacted by Wayne County CPS you need to be very careful.

Child Protective Services of Wayne County Michigan is an agency with a limited budget. Many legal scholars would even say they are underfunded and overworked because of the population of Detroit. Wayne County CPS is often slow or hesitant to react, however if they do it often will result in them taking action.

With resources stretched so thin, Child Protective Services must pick and choose the battles they want to fight. Those without any legal representation are often the first to be selected. Those with the resources to fight a CPS case are often put in a better position because the county has limited financial resources. CPS of Wayne County understands that they can not and do not have the resources to fight everyone. From this we can deduce that those with legal representation may find themselves in a far better position. However, those that hire an attorney that frequently handles CPS cases might find themselves in an even better situation. I do handle CPS cases on a daily basis and I do understand how to further strain the limited resources that the agency has.

On a daily basis I speak with potential clients facing a problem with Wayne County CPS. Often it is a case that could be costly and they can not afford solid legal representation. Many of these clients walk away frustrated and often meet the maximum punishment by law. Those that can afford my representation will often come out ahead and in most of my cases no legal charges are filed.

My primary legal career has been in Family and Divorce law with an emphasis on CPS law. I am not a Bankruptcy Lawyer or Business Lawyer that dabbles in CPS cases. My daily work as a divorce lawyer takes me into child law quite often. The majority of my CPS work is from referrals that stem from other lawyers who recognize my strength in this area.